Ah, finally it’s spring time in Ischia. The wisteria is blooming, the orange and lemon trees are blossoming, the lizards are waking up from their winter sleep, the markets are full of fava beans, peas, asparagus and strawberries, the winter storms have passed and I feel like a new person. It’s spring in Ischia.

Winter on the island isn’t that bad, and it can actually be quite nice, especially if it’s good weather. It’s a bit quieter as a lot of the hotels and restaurants closed for the winter, but Ischia definitely doesn’t shut down. It rarely gets down to freezing temperatures, but the winter does bring stormy seas and windy days, so it does get cold and damp. And stormy seas also make unpleasant ferry rides to the main-land and yours truly this winter discovered that she gets seasick very easily.

Ah but now it’s spring time, and I have so much to look forward to. Family and friends are coming to visit over the next few months and I have to start planning about all the things that we’re going to do. I lived in London for 8 years and I had a few friends and my sister and brother-in-law came to visit once, but ever since I’ve moved to Ischia, so many more friends and family members have come to visit. I don’t blame them, I would want much rather spend my hard-earned vacation time on an island in the Mediterranean rather than in a grey cold chaotic city (although I really love London, too).

Ischia is a type of island that you can visit it all year round, but the spring is where things really start to smoke. The sun bursts out, the earth warms up and you get days where the sea turns to smooth glass and the air smells so fresh and good. The restaurants and hotels open, the beaches get crowded, the hot spring parks fill their pools, and the towns across the island start to fill up their calendars with a rotating schedule of patron saint celebrations, processions, lights and fireworks.

There are so many things I’m looking forward to this spring.

Bathe in the hot springs on one of those breezy spring days.

This spring I’m looking forward to going to Negombo in Lacco Ameno. Their Turkish bath room is so dreamy. The first time I visited Negombo was a few years ago, I had been fighting a cold, but a day bathing in their warm thermal water pools and an hour in the Turkish bath cleared my sinuses and I felt so much better.

Go on a guided tour at the Giardini La Mortella and stay for an outdoor concert.

The Giardini La Mortella is a botanical garden nestled close to the bay of San Francesco. It was the home of British composer Sir William Walton and garden designer Susana Walton and now the gardens and home are open to the public. The coolest thing is the Giardini also host a long concert schedule starting in the spring and ending in the autumn when the gardens close for the winter. I’m really excited to go to the chamber music concerts this spring and to one of their outdoor concerts during the summer

The Giardini La Mortella is a botanical garden nestled close to the bay of San Francesco. It was the home of British composer Sir William Walton and garden designer Susana Walton and now the gardens and home are open to the public. The coolest thing is the Giardini also host a long concert schedule starting in the spring and ending in the autumn when the gardens close for the winter. I’m really excited to go to the chamber music concerts this spring and to one of their outdoor concerts during the summer.

I have already been on a few hikes with Marianna of Ecotour Ischia through the vineyards in Piano Liguori on the east side of the island and to see the fumarole up the base of Mont Epomeo on the west side of the island, but there is still so much more to see. In May, she’ll be leading a group from Ischia on hike in Capri, which I’m really tempted to try.

The legend of Santa Restituta, who was born in Carthage (present day Tunisia) and was tortured by the Romans because of her Christian beliefs. They sentenced her to death by putting her on a burning boat and pushing it into the sea, but the legend is that God sent an angel to guide her boat to Ischia where she landed in San Montano Bay in the town of Lacco Ameno in Ischia. A woman named Lucia found her body on the beach, and although dead, she was unharmed from the fire and she was buried. A church is built over her grave and every year the town re-enacts her story during a boisterous three day festival with concerts, a procession and fireworks.

I often do this walk, the entrance is just to the right of the bakery Boccia in Ischia Ponte. It’s a pedestrian road made of steps that leads from Ischia Ponte up to Cartaromana. It was part of a trade route that farmers in the hills of Campagnano and the fisherman down by the sea in Ischia Ponte would use to trade their produce and fish. It’s a lovely road that leads you up towards the bay of Cartaromana and the Torre di Guevara, which is now open to visitors.

This old villa was home to the noble family Guevara that was part of the Spanish dynasty that ruled Naples. It’s now used to show art exhibits and the grounds have an excellent view of the Castello Aragonese.

During the day Bar Gino is a beach club, but at night the place turns into a fun and cheap spot to hang out with your friends. They serve these massive portions of bruschetta with all types of toppings that easily turn into a meal. This place is a perfect stop after walk along the waterfront from Lacco Ameno to Casamicciola.  And afterwards you can keep going on your walk to Bar Calise for an amaro in the piazza and sit and people watch.

One of the most precious treasures in the archaeological world calls Ischia its home. The Coppa di Nestor, or Nestor’s Cup, is housed in the Museo di Pithacusae and is considered to be the oldest example of the Greek alphabet and dates back to 800 BC. The Greeks first arrived to Ischia back in 795 BC and quickly formed a colony there. They named the island Pithecusae which means the ‘island of monkeys’. Hah! The Coppa di Nestor will travel to the UK in the autumn for an exhibition at the British Museum called Troy from November 2019 – March 2020.

So, I have a lot of things on my to do-list to celebrate spring time in Ischia and I’m so excited. My best friend from back home is coming to visit next week, so there are so many places I want to show her. We’ll walk everywhere, eat everything, and lay on the beach or sit in the gardens and talk and talk and talk.

This post is written as part of the dolcevitabloggers linkup, hosted by Jasmine of Questa Dolce Vita, Kelly of Italian at Heart and Kristie of Mamma Prada the 3rd Sunday of every month.  Click #dolcevitabloggers to read blog posts by other participants. 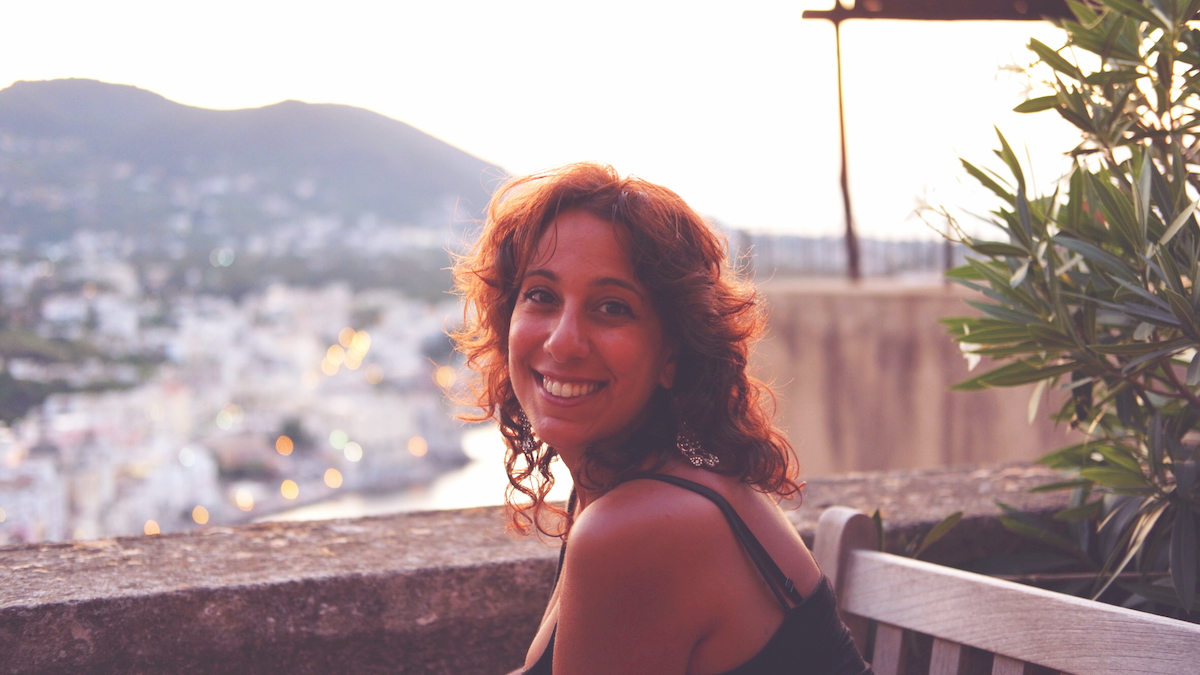 Ischia and the corona virus

I miss August even though I spent most of the mont

I got this marigold aka calendula today because it

30 years ago today I got my first period. I got up

It’s been a week since I got my Italian citizens